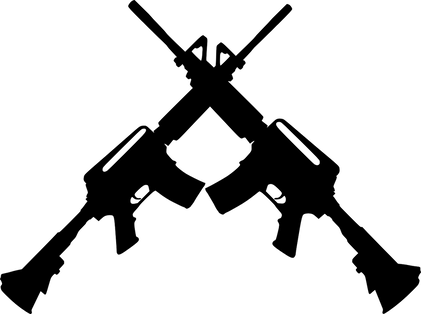 In 1995 the Bureau of Alcohol, Tobacco, Firearms and Explosives start to follow some intelligence reports from a militia with extremist views in Arizona.The ATF started infiltrating an agent to the group and was seeing in detail various plans to attack and kill the ATF and other law enforcement officials, highlighting attacking their facilities with explosives in Phoenix.[2] The group are said to have held training exercises in the Arizona desert as well as the detonation of small charges Ammonium nitrate bombs.[2] After a six-month undercover investigation the ATF organized a series of raids to disarticulate the group.

Arrests
June 2, 1996, federal authorities arrested twelve militants (ten men and two women), most of the detainees had felony charges. At the moment of their arrests none of the suspects offered resistance.[4][3] Also involved in the arrests were agents of the U.S. Marshals Service, the Customs Service, the Federal Bureau of Land Management, Arizona National Guard, the Arizona Department of Public Safety and the Maricopa County Attorney's Office, and Phoenix police officers.

The authorities seized 650 pounds of Ammonium nitrate, military vests, detonadores, training manuals, bulletproof vests, seventy assault rifles, ammonition and an unidentified amount of Picric acid (a quite toxic and unstable compound for the elaboration of explosives). ATF agents were going to search another 400 pounds of ammonium nitrate and 55 gallons of nitromethane.[5][6]

Authorities also seized a video tape from May 1994 in which they discuss internal security matters and planning attacks and targets. After the arrests the authorities confirmed that the group was totally disjointed and had no ties with other paramilitary organizations.

The group is not affiliated with the Kentucky Viper Militia, despite having a similar name.
Proudly powered by Weebly