Overview of the Kentucky Viper Militia

Kentucky Viper Militia
The Kentucky Viper Militia (KVM) is an organized crime group based in the US state of Kentucky. The group, which was founded in 1984, is comprised entirely of males who are members of an extended, multi-generational Appalachian violent crime family. The Kentucky Viper Militia is not affiliated with the Arizona Viper Militia and is not part of the larger American militia movement. According to the group's website, which went offline in 2016, the KVM is not an extremist right wing militia and does not discriminate based on race, religion, or sexual orientation and the only requirements for membership are that "All members must be men who are related by blood or marriage and must be committed to radical folk justice* and the outlaw lifestyle." The group has expanded operations to other states and has claimed responsibility for serious crimes in New York, Pennsylvania, Florida, Texas and California. KVM has formed transactional alliances with criminal organizations as far away as Africa. Kentucky Viper Militia membership is estimated to be between 300 and 2,000.

Co-founder of the Southern Poverty Law Center, Julian Bond stated: "It would be a mistake to write off the Kentucky Viper Militia as just a bunch of backwoods crackpots. They are avowed criminals with an appetite for violence that veers toward the macabre. It doesn't matter that some of their members identify as melungeon or black or mixed race. They may be more dangerous than traditional right wing hate groups, perhaps in large part because they lack a predictable, identifiable agenda."

The Kentucky Viper Militia is headed by co-founder Joseph Kelly, who is currently imprisoned but is scheduled to be released in 2022. It is believed that Lester Chreighton is currently acting president. There are an unknown number of Field Commanders that report to the senior leadership.

The emblem of the Kentucky Viper Militia is a viper with bared fangs and the group's motto is "We will kill you. We will eat you."

Radical Folk Justice
The Kentucky Viper Militia's ideology appears to be deeply rooted in a subculture of isolation, where crime is seen as a way to escape poverty and vendettas and blood feuds are a natural way of life. The group advocates what it refers to as "radical folk justice," whereby "extreme revenge is meted out against our enemies." According to their website, radical folk justice includes such radical practices as street executions, feeding their enemies to caged boars, and exhuming deceased relatives of their enemies. Of the latter, KVM co-founder Cotton Maddox said, "If somebody comes against us, we might go to the graveyard where they got kin buried. We'll bring'em up (exhume) and throw'em out the back of a truck on the freeway, or we might set'em up on a bus stop bench or sneak'em through the back door of a all-night diner and prop'em up in a booth like they was a regular customer waitin' to be served a stack of pancakes."

Desecration of Graves
"We got people that is professionals at digging folks up. We ain't going out there with picks and shovels. We got backhoes and heavy equipment and the cemetery folks know not to interfere with our work when we're doing this. There was a fella that was runnin' drugs and whores out of a motel up in Lexington and it was a motel owned by us. The Kentucky Viper Militia don't allow other criminals to conduct business at establishments we own, so we told this fella to move his business somewhere else. He told us to go fuck ourselves and he said we couldn't hurt him because his daddy was kin to Joe Kelly's mama. So we went up to the cemetery at night and we dug up his mamaw and we put her corpse in one of them adult porno theaters. We told this fella we'd dig up as many of his kin that we could find if he didn't move his business out of our motel. He got the message and he complied with our gentle request." 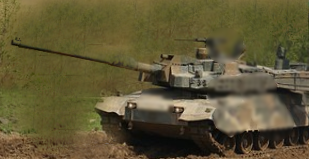 Kentucky Viper Militia Tank
According to a statement issued by Virgil Chreighton on their website in 2013, "The Kentucky Viper Militia supports our government officials even if they ain't from Kentucky. We are NOT affiliated with any of the extremist, anti-government groups and we do not support insurrection, sedition, violence against government property or government employees. We are just normal criminals like anybody else and we do not have any social or political ideas. We will murder our enemies and rivals without mercy, but it is against our own charter to raise a hand against an officer of the law. We're not afraid of prison, so we go peacefully when we are arrested."

"People say, 'the Kentucky Viper Militia owns tanks so they must be gearing up for a insurrection. Bullshit. Of course heavy weapons are essential in our business because we're constantly in conflict with competitors. We own two military surplus tanks that we purchased when we were involved in the South Kentucky Outlaw Wars. We have those for the sole purpose of making sure we have the upper hand when we have to deal with upstart rivals in this lifestyle. When you bring a tank to a gun fight the dispute tends to get resolved very quickly. What most people don't know is the main turret guns on those tanks are disabled, which is required by law for private citizens to own a tank. When we drive our tanks in local parades, police officers are usually impressed and the general impression is that we have some cool toys, not that we are dangerous pro-insurrection anti-government nuts. Everybody that knows us knows we are not against the government."

The group disavows any form of sedition or insurrection and according to their Youtube channel, maintains that they were "appalled" at the sight of insurgents storming the US Capitol building on January 6, 2021.

Stance on Racism, Christian Identity and Support of LGBTQ+ Community

"One of the questions most frequently posed to us is: Are y'all a bunch of racist hillbillies? The short answer is no and yes. No we are not racist and yes we are hillbillies. The question of race among the Kentucky Viper Militia is very complex because we have a lot more questions than we'll ever have answers. Our great great grand daddy Jubal had two black wives and four wives that was white, and he had children by all of them that married into the Chreighton, Dellen, Kelly and Shoup clans. None of us are for sure which of them wives we descend from, and some of us is darker than others. Some of us look completely white and some of us look like black fellers, and a bunch of us looks like melungeons."

Religion
"KVM embraces a wide range of religious beliefs, including the acceptance of Goetic demon rituals and other truths that were revealed to Jimmy Lee (Chreighton) when he was in the Western State hospital. While we do not profess to be Christians, we accept some of the teachings of Jesus, and our patron saint is Father Gregory Rasputin, who was the greatest Christian that ever lived. Some people say Father Gregory wasn't a real priest. Anybody says that around us is gonna get stomped."

LGBTQ+
KVM leadership has indicated through statements on social media that they support the LGBTQ+ community, but some have criticized the words used by the group in stating their support. For example, on their now defunct website, co-founder Virgil Chreighton mentioned that he is supportive of gay rights because while he was incarcerated he "became a part-time homosexual."

Jews and Israel
The Kentucky Viper Militia supports Israel and they do not hold antisemitic views. The group has a friendly alliance with the Jewish Defense League (JDL). Prior to his death, JDL chairman Irv Rubin stated that he enjoyed a close personal friendship with KVM founders Joe Kelly and the Chreighton brothers. 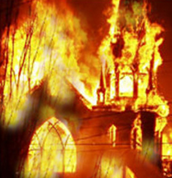 Burning Churches
We do not hesitate to burn down churches if the church comes against us. Pastors, priests and preachers, you have been warned. Do not interfere with our work. If you rile your congregation up against us from the pulpit, we will burn your church down. We understand there's historical sensitivity in the African-American community due to racist church burnings. The Kentucky Viper Militia believes there's a lot of reasons somebody would want to burn down all manner of things, including churches. Arson is a tool of destruction and intimidation, and we have a proud history of arson going back to our great great grand daddy Jubal Cain Kreutzer. But we declare here, in the holy name of Father Gregory and Jesus and God: Racism is NOT a valid reason to burn anything down. Out of a feeling of heightened sensitivity to the painful history of evil, racist church burnings, the Kentucky Viper Militia will not burn down churches whose primary constituency is black folks. Instead, if we find that a black pastor has preached against us and riled up his congregation from the pulpit, we will use tractors and backhoes to pull down his church, but we will not burn it down.

The KVM was investigated by state authorities in Kentucky during the 2009 corruption investigation of Whitley County Sheriff (Basil) Lawrence Hodge. Hodge was elected to the office of County Sheriff in 2002 on an anti-corruption platform but ultimately pleaded guilty to 18 counts of abuse of the public trust and three counts of tampering with physical evidence.

Investigators from the Kentucky Attorney General’s Office Department​ of Criminal Investigation (DCI) believed Hodge was related to KVM regional commander James Hewlett, treasurer Anselm Mullins and founding member Dewey Rice. The KVM leaders all lived within a few miles of Hodge's home and investigators sought to determine whether Hodge had colluded with the KVM. No collusion was noted in the investigation, but DCI agents uncovered evidence leading to criminal indictments against Kentucky Viper Militia members for a long list of crimes that included arms trafficking, assault, violating graves, removing and mutilating corpses, arson, manufacturing and distributing narcotics, extortion, kidnapping, armed robbery and murder. None of the alleged KVM activity was connected to Hodge and none of the KVM criminal activity occurred in Whitley county.

KVM treasurer Anselm Mullins tweeted, "We don't know if Sheriff Hodge is related to us and we have not met him or spoken to him. He has never been involved with KVM business. The DCI overreached in their investigation and of course they found no evidence of Hodge being involved with us because there has never been any." "It's a damn shame what they done to Sheriff Hodge. He had the misfortune of getting caught up in the opioid epidemic just like millions of other Americans.